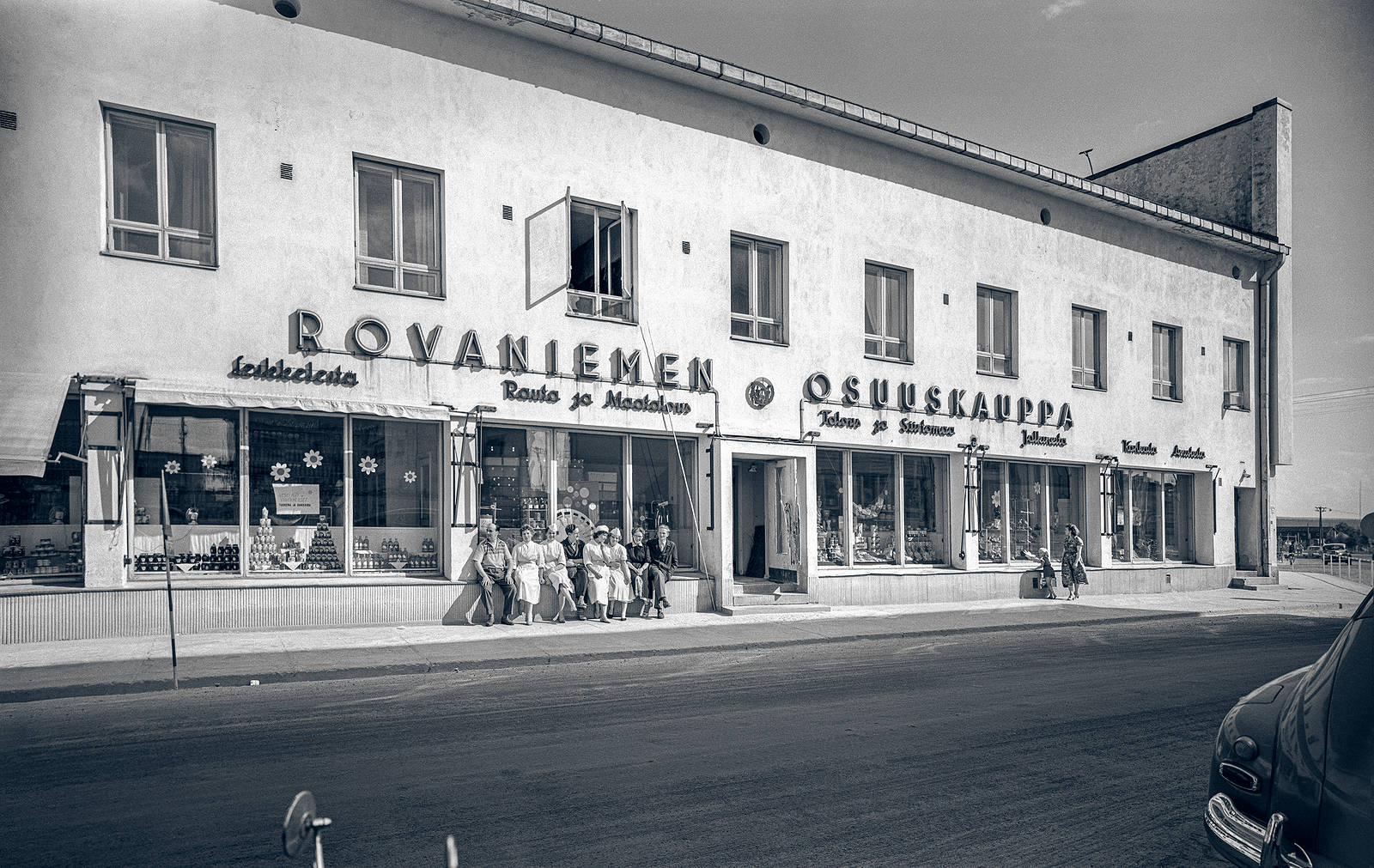 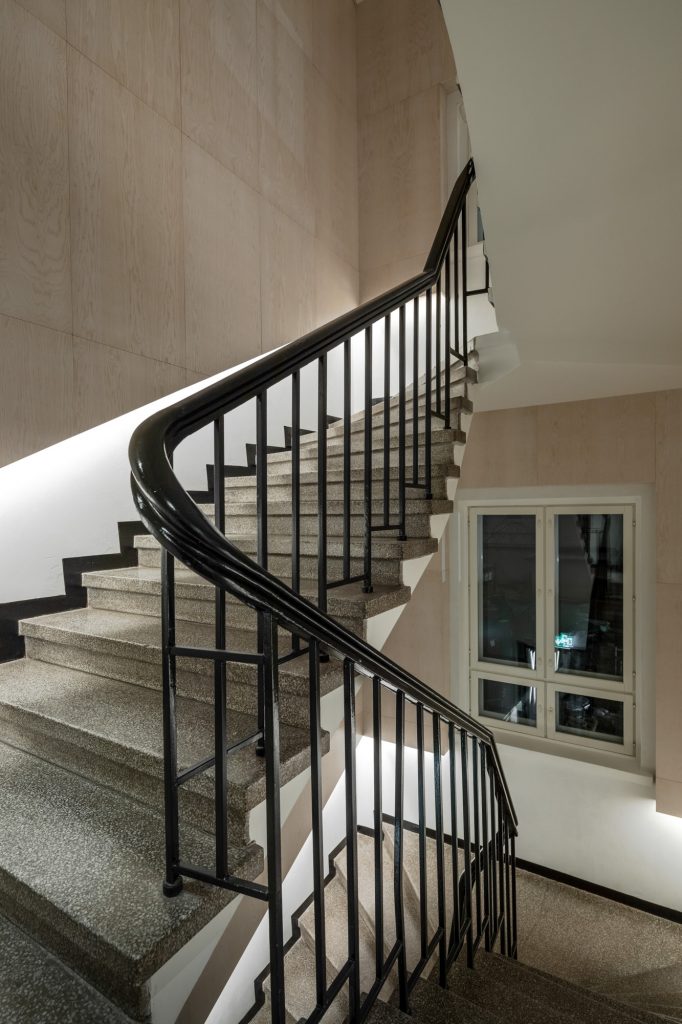 Haawe is housed in one of the few buildings in the Rovaniemi city centre to survive the devastations of World War II. It was originally built as business premises for a co-operative shop, and as it was completed in 1933, this building representing functionalist architecture was one of the first modern stone houses in central Rovaniemi. The building’s white-plastered, unassuming façade stood out from the surrounding wooden houses. The interior of the new co-operative shop was spacious and light. The townsfolk admired its functional facilities, glass shelves, and marble surfaces.

In the late 1930s, a number of other modern stone buildings were also erected in the town, but few of them remain today. In the final turmoil of World War II, Rovaniemi was burned to the ground, and 90% of its buildings were destroyed. The co-operative shop building survived, and it witnessed the town literally pick itself up from the ashes. Rovaniemi evolved from a countryside township into an international capital of Lapland, a centre of commerce and administration, and a tourist attraction. The old co-operative shop building evolved as well: first, it became a part of Lapland’s largest and finest department store, then a restaurant for a few decades. 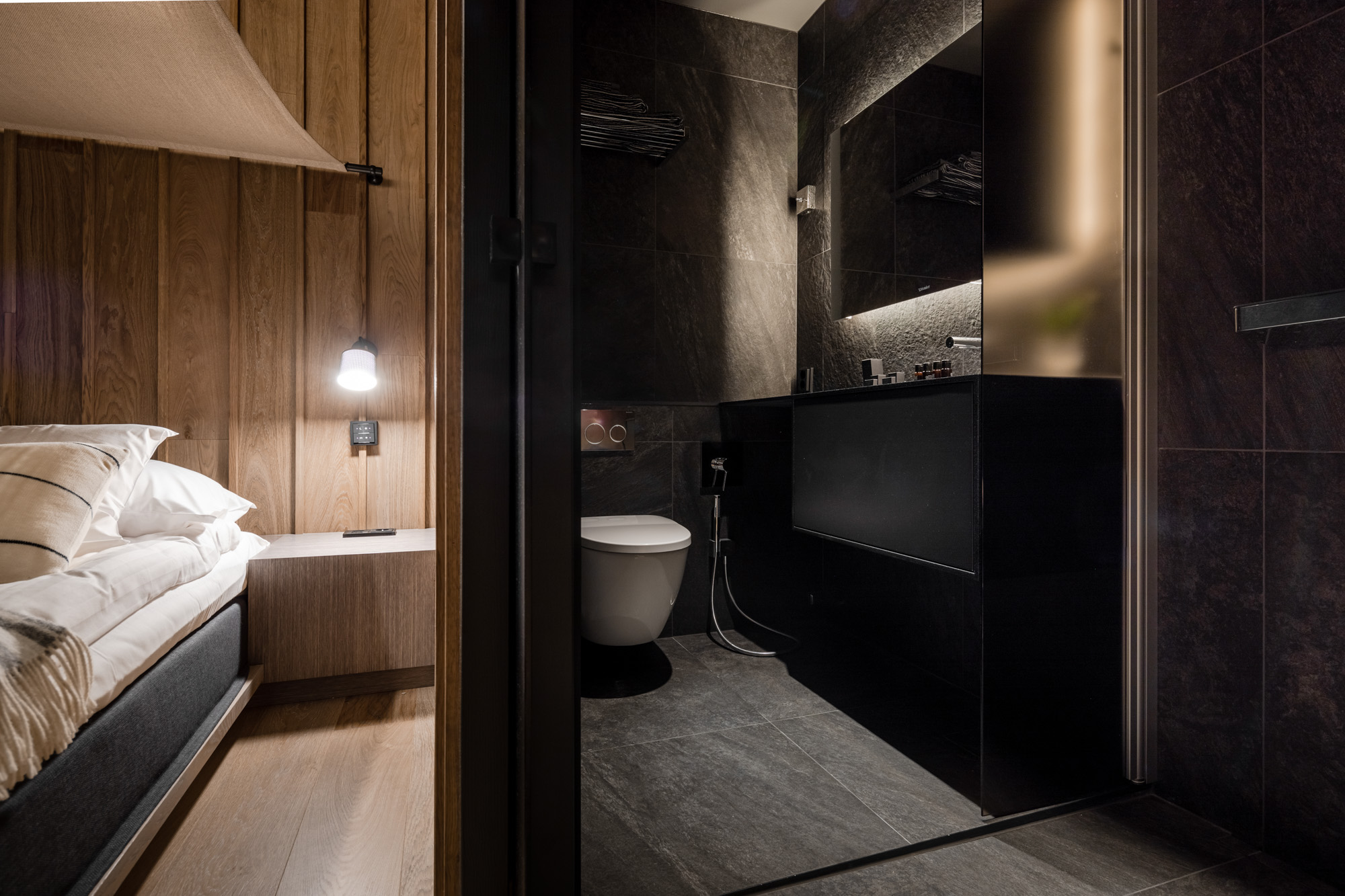 This central building in the Rovaniemi cityscape was given a worthy new life as Haawe. Haawe, opened in 2018, offers its guests the magic of Lapland, aesthetic joy and functional details, just like the new co-operative shop once did for its customers.

We warmly welcome you to Haawe and to share your story with us!

Our story told by photographs

Lapin Kansa newspaper 28 September 1933:
“Our representative had the opportunity to explore the shelters of the new house yesterday, guided by the managing director of the business, and as a result of this exploration, we may conclude that the Osuuskauppa co-operative organisation has now obtained the most modern and stylish business premises in the township.” … “you would look in vain for such a sensual, practical and clean apartment from other communities, even the ones that are larger than our township.”

The devastation of Rovaniemi.

The façade of the co-operative shop remained intact.

Boutique Apart Hotel Haawe was completed and opened its doors to guests.

All historical photos are from the photo collections of the Provincial Museum of Lapland.